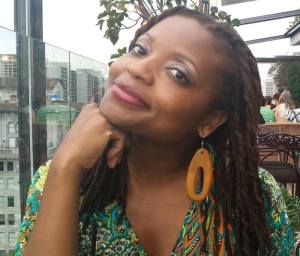 Cassandra Lane is a former newspaper journalist and teacher who has published essays, columns, and articles in The Times-Picayune, The Source, TheScreamOnline, BET Magazine, The Atlanta Journal Constitution, Bellingham Review, and Gambit, and in the anthologies Everything but the Burden and Daddy, Can I Tell You Something. She is a Voices of Our Nation (VONA) fellow and has performed readings at the Tennessee Williams Literary Festival, Beyond Baroque, and more. She received an MFA in creative writing from Antioch University Los Angeles.

My family ended up in Louisiana in the early 1900s, after fleeing the lynching trees of Mississippi. Shortly after my great-grandfather, Burt Bridges, was lynched in Holmesville, Mississppi (now a ghost town), his widow, Mary, gave birth to the baby who would become my mother’s father. Mary married a sharecropper, John Buckley. She did not love him, but marriage was the proper state for a young woman with child.

When I was coming up in the 1970s and 1980s, my mother, siblings, and I lived with my grandparents—Houston and Avis (Papa and Grandmama, I called them)—in DeRidder, an old sawmill town that had evolved into a military town by the time I was born.

Each summer day stretched before us like the stray cat lounging in our neighbor’s high grass. In the heat, everything was sticky: the woolly, circular braided rug in my grandmother’s den, its center gummy with Kool-Aid stains; our bare feet, caked with dirt on the balls and heels, sometimes catching on tiny splinters in the kitchen floor. This setting was a playground for my sister Dena, a tomboy. She pulled spider webs from her eyelashes and kept on going, searching for her reflection in the electric-blue eyes of fat horseflies, reaching out her fingers to grab the thin legs of praying mantises, chasing vexed bees and dragonflies, shinning up trees as though she were born to do so.

“Familiar Fruit” is an excerpt from a longer manuscript entitled Wrestling with Venus.

This memoir examines the intersection of romance, race, and redemption in my life and family legacy. It opens with my marriage teetering on the edge of my stepson’s drug and alcohol addiction. At the root of this young man’s addictions is a broken dream: to have his biological family together again. In considering his plight, in questioning why I had once believed our “blended family” could thrive (despite early signs that suggested otherwise), I come face-to-face with my own addictive tendencies—a history of being addicted to finding the ideal romance.

Under the influence of a Venusian worldview, I have somehow held to the belief that I could create something beautiful, something lasting, something real. Even after a failed first marriage. Even though I had no real-life example of a healthy marriage in my bloodline. As I examine this legacy, a cycle of brokenness shrouds me. A lynching ended my great-grandparents’ marriage; a multitude of ills dogged the marriages of their descendants. What is the relationship between the two—this marriage cut short by racial violence and the generational trail of broken marriages in its wake? Can family cycles be healed? Can my husband and I, two people with nothing substantial to hold on to but the fading wispiness of our romantic fantasies, create a better legacy for our young son? And what does a young man’s struggle with alcohol and substance abuse have to teach us about consequences and redemption?