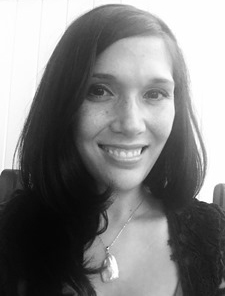 Connie Pan, originally from Maui, earned an MFA in fiction from West Virginia University and a BA in creative writing from Grand Valley State University. Her writing has appeared in The Fiddlehead, Carve, PRISM international, Rosebud Magazine, Bamboo Ridge, and elsewhere. An excerpt from her novel-in-progress was nominated for a Pushcart Prize. A freelance writer and editor, she lives in Mississippi.

Excerpt from “Want in the Third Grade”

You were my ex’s friend, taller, quiet
to his loud. You lived three playgrounds away.
We met at borders, where our parents allowed

us until sunset. The way you looked
into me glittered my everything, but
you couldn’t because loyalty. I can taste

that eight-year-old regret, remember the
mourning.

In February 2016, I drafted a series of poems, including “Want in the Third Grade,” in a fury. My reading records from early that year say Maggie Nelson’s Bluets and Roxane Gay’s Bad Feminist swam and somersaulted in my brain. Revisiting that time in my journal, I admired the moon; I dreamt of glass shattering, cigar smoking; I made salads while listening to writing podcasts; I watered aloe vera and orchids while lizards skittered, snails ambled, and a pigeon family in the eaves across the lawn talked; I scheduled a hair appointment for March, my first balayage. I miss the town house with the big windows that I drafted these poems in. I miss the built-in desk that overlooked the parking lot, where I wrote, where—later—I watched people carry away the things we couldn’t sell or bring with us across the Pacific.

For three years, I let those drafts simmer.